Emv chip softwares. EMV Software can be found in the store for purchase with lifetime license and 1 year support. Instructions to write Track 1 and 2 Dumps with Pin Run the emv.exe as admin on your computer after the installation is completed you will be asked for the license key which will provided with the instructions notepad provided along with the software.

cardpeek is an NFS and RFID smartcard reader.

The application was developed to read certain chips and cards which have become widespread.

The application interface is pretty simple with access to an 'Analyzer' with several options. The most interesting being the e-Password reader.

At the moment, you can use cardpeek to read the contents of passports, health cards from some European countries, GSM sim cards and identity cards which contain chips. 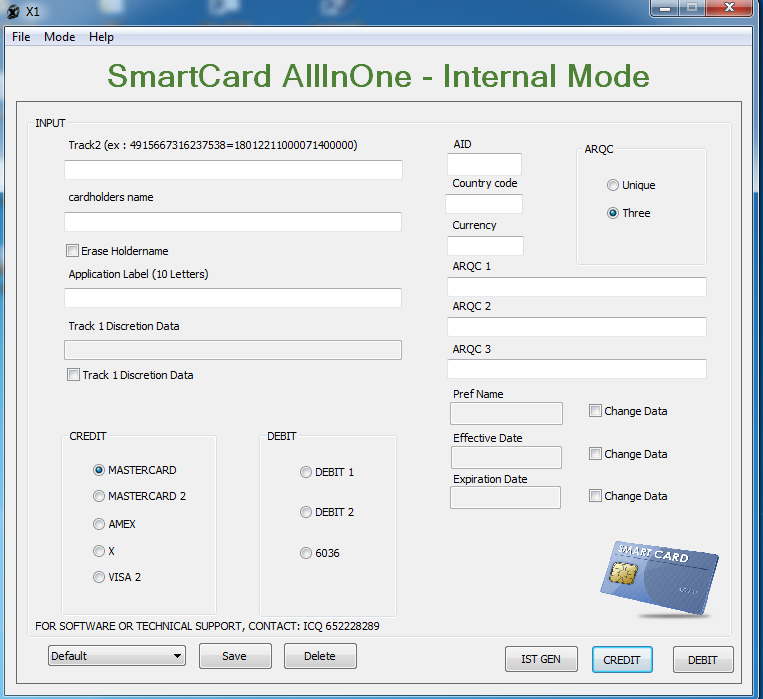 cardpeek can be a useful tool to read the contents and extract information from certain types of documents.

This download is licensed as freeware for the Windows (32-bit and 64-bit) operating system on a laptop or desktop PC from computer utilities without restrictions. cardpeek 0.8.4 is available to all software users as a free download for Windows. As an open source project, you are free to view the source code and distribute this software application freely.

-The software support more than 2000+ scripts

-Works with original bank card , only of your chip card model is same as jcop chip model being used (already mentioned above)

-The software comes in liscences installed on 1 PC.

-The software comes with 2 keys protection, software and hardware protected.

-The software can not be copied, re-sold or moved.

The software gets algos and scripts updates each month for free after purchase.

I'm the only seller of chipso. other's claiming they are selling it are fake.
The setup files and installation are not copyrighted and no one can provide except us.

other places claiming that they are selling ' chipso ' are fake , this is the only website providing chipso program emv and nowhere else.

im not responsible for any scam by any other party. i am not partner or cooperate with anyone. contact only

Operating systems Darwin – the BSD-licensed core of macOS macOS – originally named 'Mac OS X' until 2012 and then 'OS X' until 2016 macOS Server – the server computing. OS X is version 10 of the Apple MacIntosh operating system. OS X was described by Apple as its first 'complete revision' of the OS since the previous. What type of software is mac os x. Mac OS X & macOS names. As you can see from the list above, with the exception of the first OS X beta, all versions of the Mac operating system from 2001 to 2012 were all.