From unknown contaminants, raw materials characterization, competitor product analysis, process diagnosis, or process development, we offer personalized attention to your special project. Let Dr. Randall Wanke use his 25 years of industrial and academic research experience to bring together QCAnalytical personnel and resources to tackle your scientific inquiries. Call us with your issue and we will clearly explain the necessary steps needed to resolve your investigative analysis.

Conduct investigative and intelligence analysis for law enforcement. Use IBM Security i2 to integrate data analysis with intelligence-led policing to uncover hidden connections and criminal networks to thwart crime. Begin outlining the investigation plan by defining the scope. It’s important to keep the scope of the investigation focused narrowly on the allegation and avoid drawing separate but related investigations into the report. Example: The investigation will focus on the anonymous tip received through the whistleblower hotline. The objective of. Investigative Analysis and Crime Scene Reconstruction is a challenging, forty hour course, designed by veteran field experts for detectives, crime scene investigators, evidence technicians, and others involved in crime analysis.

The Agilent Cary 630 FTIR spectrometer is versatile, innovative, and intuitive, providing superior quantitative and qualitative information for routine analysis of solids, liquids, and gases. It has a wide range of sample interfaces and high performing optics. The FTIR determines the source of a process residue, the purity of a raw material or the identity of the key ingredient in a competitor’s formulation. It identifies all types of polymers, organic chemical and inorganic materials.

With the addition of the Motic BA310, QCAnalytical Services has increased its capabilities in light microscopy. From particle size and aggregation analysis, crystal morphology, defect analysis, biomass analysis, and microbe classification, let QCAnalytical Services take the first look to examine the biological or physical characteristics of your specimen. Download the Biomass Analysis Spec Sheet here for more information.

What can we investigate for you? Read about some of the Special Projects our testing laboratory has resolved.

Process chemical:The WWT operator of a meat packaging plant wanted to check the purity of a MgO alkalinity adjuster. ICP-OES established the purity of the MgO to be 99% with 0.9% CaO.

Unknown Identification: A municipal water customer blamed the city water department for clogging up the filters on their convenience store soda fountain. The water department was vindicated after QCAnalytical characterized by FT-IR the yellow, pudding-like material to be ion exchange resin fines from the customer’s water purification system.

Mystery Residue:Some kind of a “creosote” residue would drip down onto recycled paper “egg-carton” packaging inserts as they passed through the drying furnace. The residue was dried overnight and identified using FTIR spectroscopy to be a hydrocarbon lubricating oil.

Mystery Material:A drinking water operator wondered what the “snow-globe-like” material coating cement structures within his clear well was. Microscopy showed that substance was clusters of beggiatoa bacteria which thrived on the sulfur in the drinking water source.

Unknown hazard:A swab of unknown residue leaking from a paint drying ventilation system was traced by FTIR and GC-MS analysis to ethylene ethylacrylate copolymer, a key component in some paints.

Residue Comparison:A biodiesel plant wanted to check whether a production plant residue matched up to a biodiesel soap/wax residue. The unknown and soap/wax residue samples were similarly dried and burned in a muffle furnace. Both had the same percentage organic and inorganic makeup and additionally, FTIR further confirmed that the organic content of both was the same.

Unknown Waste:Microsoft word will not open on mac. A waste water treatment plant got hit with some milky looking waste water. The mystery substance was extracted and identified by FTIR to be linoleic acid from an influx of vegetable oil.

Process Residue Quantitation:Different agents are used in natural gas drying operations. A client wanted to determine the composition of the drip condensate that collected from natural gas drying.Karl Fisher titration and FTIR spectroscopy determined the condensate to be 3.5% water, 87% motor oil, and 9-10% TEG.

Contaminant Source:An energy bar manufacturer wanted to know the source of the FOG in its wastewater. Was it from the peanut butter or the chocolate or the sunflower oil or the cocoa butter, etc.? The wastewater FOG was extracted and derivatized to form FAME’s which were identified and quantitated by GC-MS to track down the source of the FOG. It turned out that the FOG was a combination of all oily ingredients.

Reformulation:The supplier of burnishing compound was discontinuing production. Our client wanted to discern it’s composition to pass on to a different formulator. TIC and IC was used to map out the sodium bicarbonate and sodium tripolyphosphate ingredients.

In-house Reagent Kit:ICP, IC, and GC-MS were used to deformulate a commercial environmental test kit and realize significant cost savings in the lab. 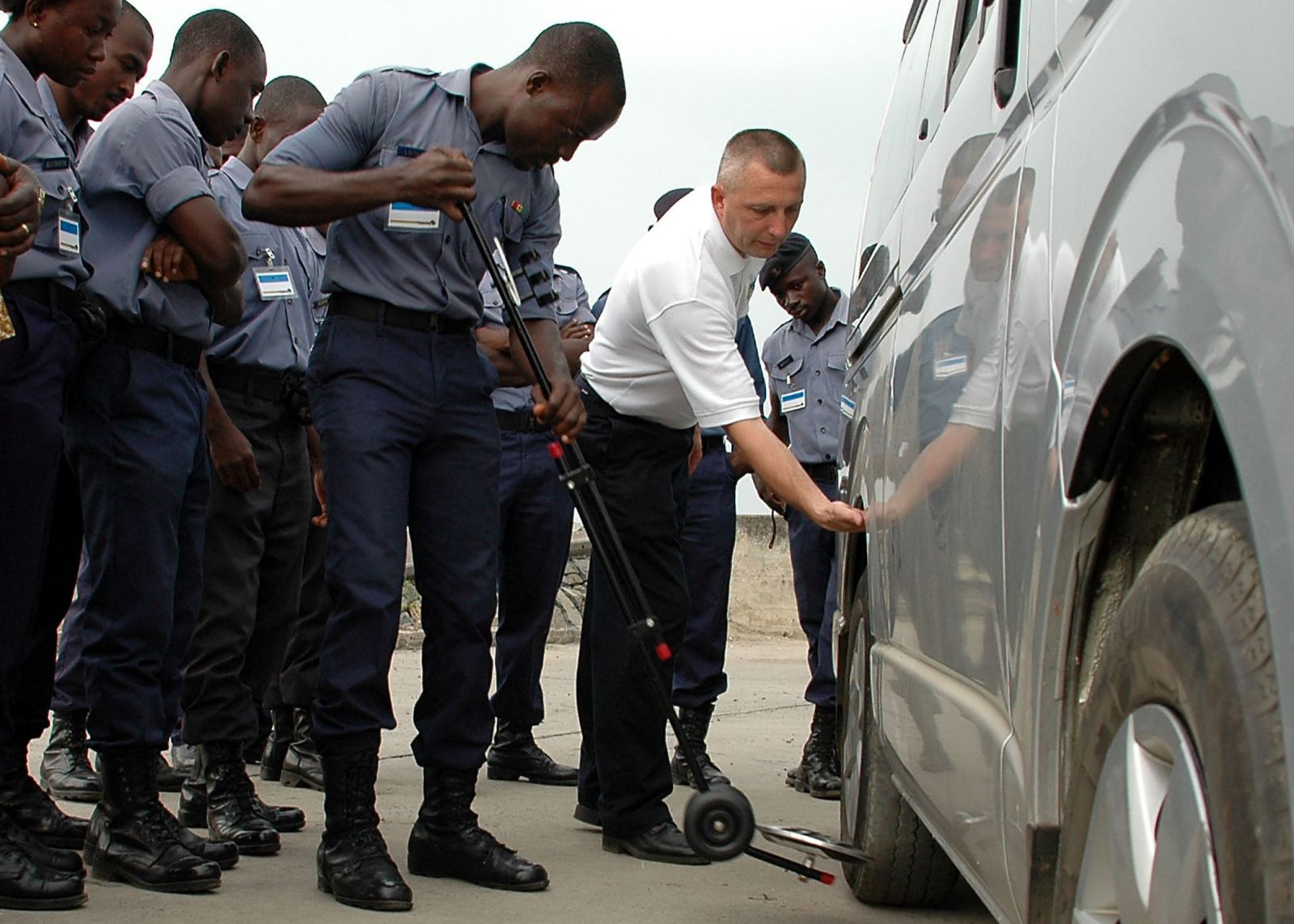 New Testing Requirement:Different customers can have different requirements. A new European customer requested that a specific European test method be run on the stability of a concrete colorant manufacturer’s colorant. QCAS configured the test protocol. For the test, an aged test sample was compared to a fresh colored concrete sample to see if the color stayed true in the alkaline concrete over time.

Trace contaminants:Trace metal contamination in a penetrant needed to be verified by the manufacturer.ICP-OES was used to quantitate trace cadmium in the product.

Product QC Checks:Medical facilities or dental offices use sonication to more effectively clean medical or dental instruments. A manufacturer of a special “indicator vial” to test the sonicator effiectiveness periodically called on QCAS to verify their active ingredient concentration. GC-MS was used to measure the chloroform concentration in production lots.

Potential Products:Pericarp is a waste product of corn milling. A customer wanted to see how much pentosan5-carbon sugar could be recovered from the pericarp. Acid digestion was used to convert the pentosan to furfural, which was monitored by GC-MS and related back to pentose content.

Problem Confirmation:Some sediment seeped through a plugged septic sand filter.The operator wanted to know what it was and if it was bacteria slime. Microscopy, with india ink staining, showed that the sediment was waste water bacteria floc with appreciable polysaccharide slime.

Process Problem:A process filter was repeatedly getting plugged. Light microscopy showed that the residue consisted of needle-like crystals and a floc. This residue was dried and burned in a muffle furnace to determine organic and inorganic content. The inorganic needle-like crystals were identified by wet chemical tests and IC as calcium carbonate, which matted over the filter to plug it prematurely. 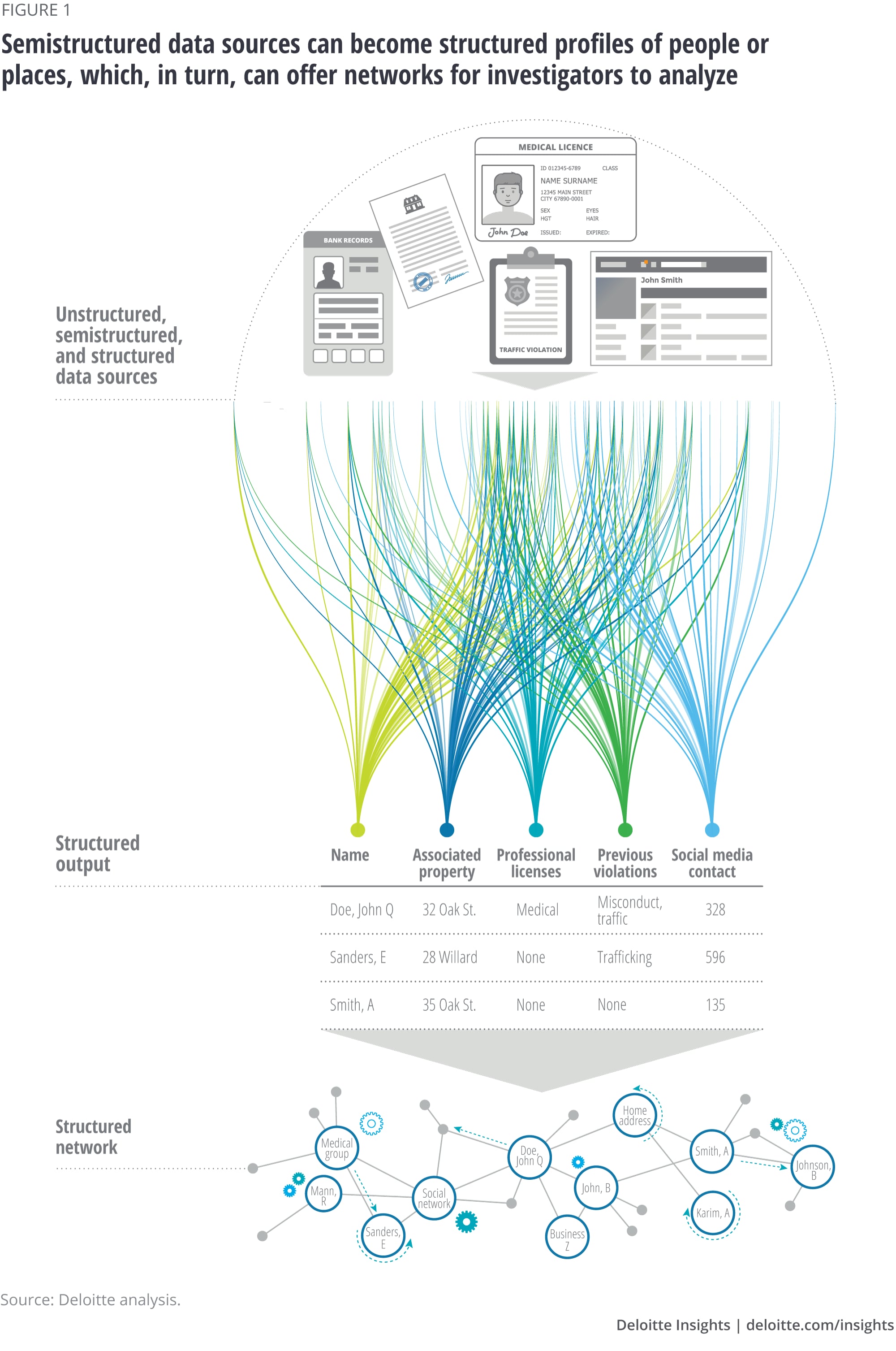 Process Problem Tracking:Process residues from various points in an ethanol plant were submitted for analysis. A methylene chloride soluble fraction proved to be vegetable oil by FTIR spectroscopy. The much more prevalent methylene chloride insoluble fraction proved to be a mixture of plant protein and plant cellulose by FTIR spectroscopy.

Paint Coating in Question:The paint on the side of a pool blistered. One side claimed that ground water had bubbled behind the paint coating; the other contended that improper application and curing of the paint caused the blistering. QCAnalytical sampled the blisters and discovered by ion chromatography that the water phase was pool water and moreover, by GC-MS found residual traces of paint solvent indicating that the paint was not properly cured.

Competitor Infringement:One cat litter formulator suspected that a popular cat litter manufacturer was using their deodorizer formula. Wet chemistry analysis (ammonia, total phosphorus, FOG) and instrumental analysis (AAS and FTIR) were used to quantitate the amount of ammonium sulfate, TSP, oleic and steric acid, and ferrous sulfate and chelated iron in the competing products to see if the formulations matched up.

Contamination Culprit:Oil and grease from a manhole was compared to that in the abnormally high influx of oil and grease at the WWTP. FOG extraction coupled with FTIR spectroscopy showed both to be nearly identical in their hydrocarbon oil and vegetable oil composition.

For the purpose of providing a consistent standard of excellence in the service of law enforcement agencies throughout the world, we, the graduates of the Federal Bureau of Investigation’s Police Fellowship Program and the International Criminal Investigative Analysis Fellowship (ICIAF, Inc.) Understudy Program, together with Associate, Understudy, Affiliate, and Honorary members of ICIAF, Inc., bring ourselves together so that our collective voice can be raised to encourage and maintain the integrity and quality of criminal investigative analysis functions, behaviorally oriented investigative techniques, National Center for the Analysis of Violent Crime (NCAVC) and other ICIAF, Inc generated research, and the development of new programs designed to meet the critical needs of law enforcement agencies throughout the world. To these ends, we pledge to always conduct ourselves in a manner that will lend dignity to the profession and the nations we serve.

In 1972, the Federal Bureau of Investigation (FBI) Academy’s Behavioral Science Unit initiated criminal personality profiling on an informal basis, formalizing it in 1978. FBI profilers were specifically assigned the task of assisting law enforcement agencies in nonfederal investigations of crimes of violence in 1983. Cases involving a crime or series of crimes of violence that remained unsolved, whereby all investigative leads had been exhausted, were then submitted to the FBI for criminal personality profiling.¹

In 1984, the FBI’s National Center for the Analysis of Violent Crime (NCAVC) initiated a program that offered training to law enforcement officers from states within the United States in the analysis of criminal behavior; specifically, criminal investigative analysis/personality profiling. This training program was initially named the National Criminal Investigative Analysis Fellowship (NCIAF), and in 1989, one non-USA citizen from Canada and one Dutchmen were among those police officers trained by the FBI. During the following year, two Australians, and another Canadian were also included in the FBI training program. The NCIAF was then re-named the International Criminal Investigative Analysis Fellowship (ICIAF), and those officers (Fellows) who had completed the program returned to Quantico, Virginia annually for in-service meetings.²

When the FBI discontinued their training program of police officers from other jurisdictions in 1991, several Fellows attending the 1992 ICIAF annual meeting designed an understudy program to replicate the training they had received from the NCAVC. To date, the ICIAF has trained approximately 37 understudies from various countries throughout the world, including Australia, Canada, New Zealand, the Netherlands, the United Kingdom, and the United States.

Today, the ICIAF is comprised of two divisions: the Criminal Investigative Analysis Division and the Geographic Profiling Division. Within each division are members comprised of Full Fellows, Associate Fellows, Understudies, Affiliate Fellows, and Honorary members. Members from all over the world have represented a vast number of law enforcement agencies throughout the history of the ICIAF.

Some of these agencies have included the following: 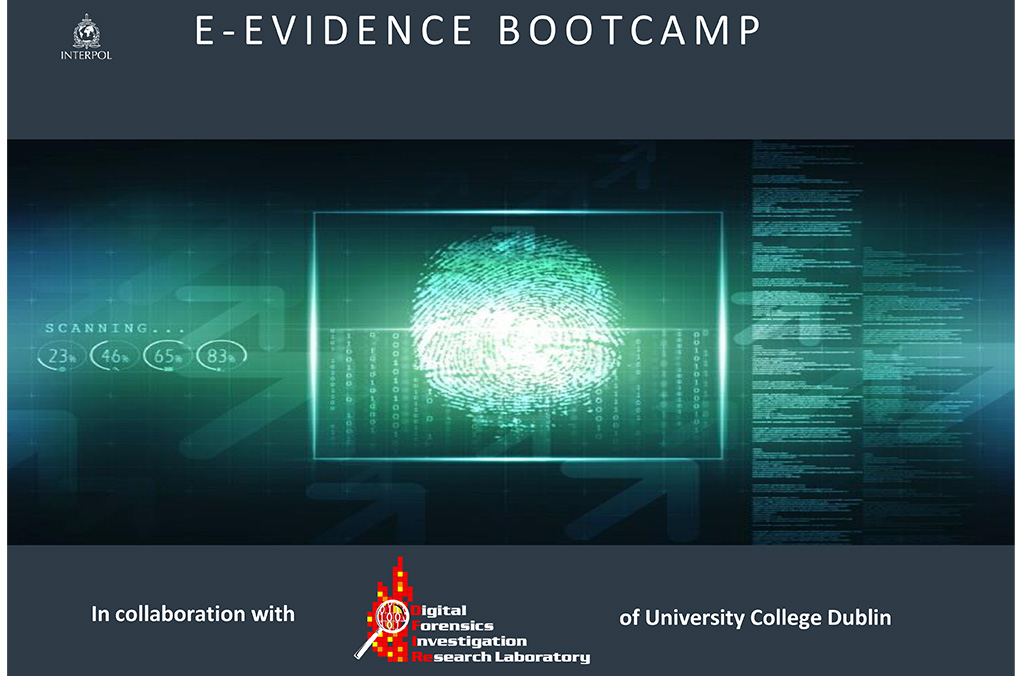