I rarely enjoy visual novels, to be honest. The only 'somewhat' visual novel I ever finished was Kiniro Corda 2 (La Corda D'Oro 2), mainly because I wanted to be with Aoi Kaji >.>;;; I'm playing another 'somewhat' visual novel for the PS2 right now, called 'Real Rode,' but it's a bit tiring so I've stopped for a while.
Anyway, this little post is about one I've recently started playing, called 'Under the Moon.' You play as

Princess Ashe, the daughter of the Demon Lord (hell yeah wut). Your dad's about to die, and you're not powerful enough a demon to take over as Demon Queen, so you instead venture out of your castle in search for the new Demon Lord candidate. Upon stepping out however, the two Demon Lord candidates, Leni and Seizh, are uninterested in the position. What's worse is, upon stepping out the boundaries of your castle, you've lost all your powers!! D= Now, you are forced to live with the two candidates, and attend the same school they do until you manage to force them to come back with you to the Demon Castle.
This visual novel is reaaally fun. Every bloody line is voiced. YES VOICED. YOU ALSO HAVE A VOICE! OMG! -shot-. Characters include the two Demon Lord candidates and twins, Leni and Seizh, your feline familiar, which happens to have a demi-human form, Kyle (HE'S SO CUTE~), Zero, a demon who saves you from time to time, Sena, your classmate in that world that has taken a liking to you (he's adorable <3),>Unan, an angel who's out to kill you (but he's a secret character BAH). So far, I've finished Leni's and Kyle's Pure Love routes. Speaking of routes, there are two routes in this game. A 'Pure Love' route and a ' 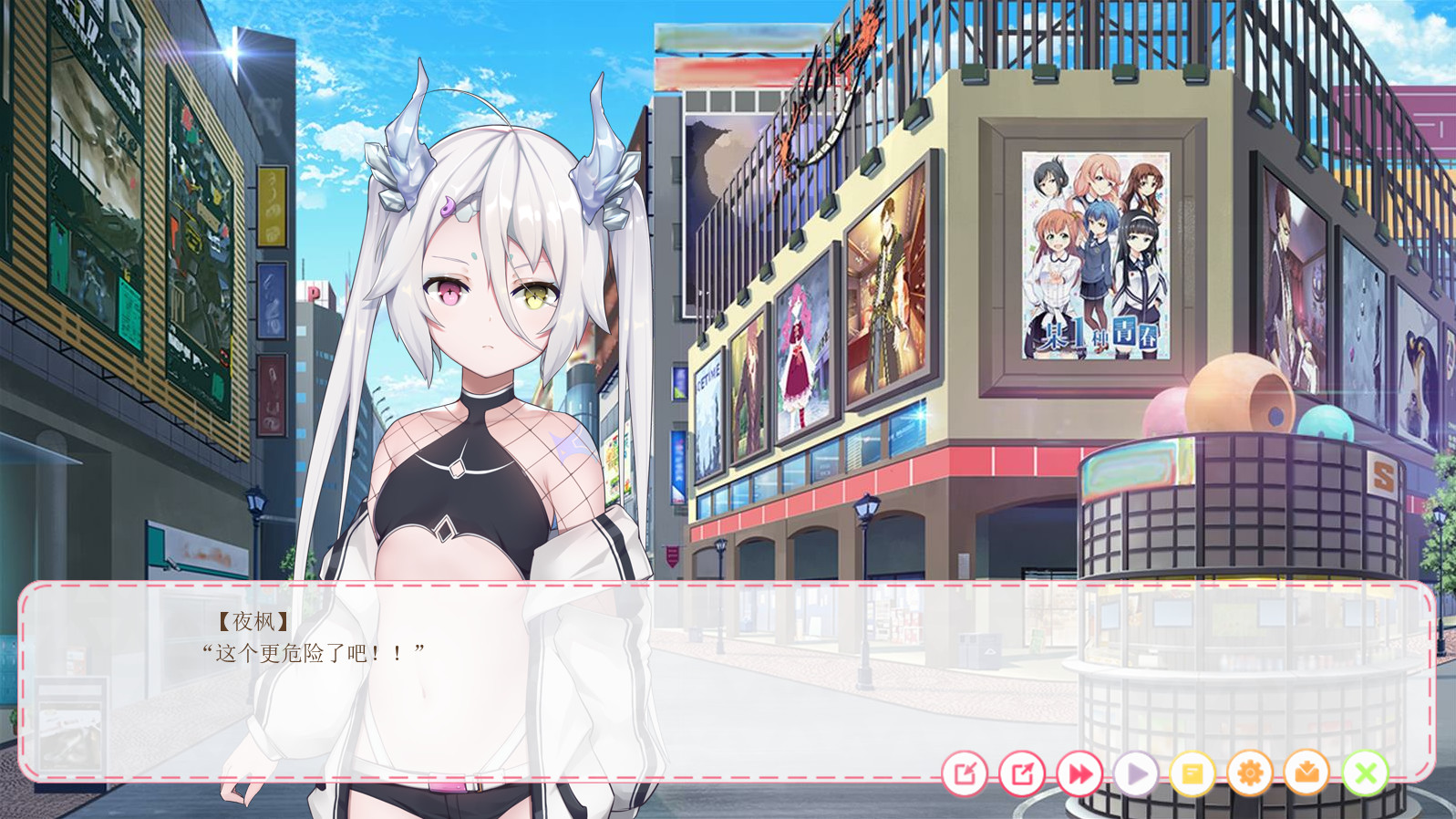 Love/Hate' route (I'll elaborate that a little later 'cause it's a bit disturbing.. Scratch 'bit,' hell it IS disturbing >.>;;;)
The Pure Love route, as you've guessed, is Pure Love with whichever guy you end up with. The love you have for each other is unconditional, with no malice whatsoever. This gives you a lovely good ending.
This game is a beautiful creation. The audio playing fits the scenes very, very well (except in some scenes where I really think BGMs are highly unnecessary), and all the art and CGs are very well drawn. The story unfolds beautifully, but a bit too fast in my opinion.
NOW, BEFORE 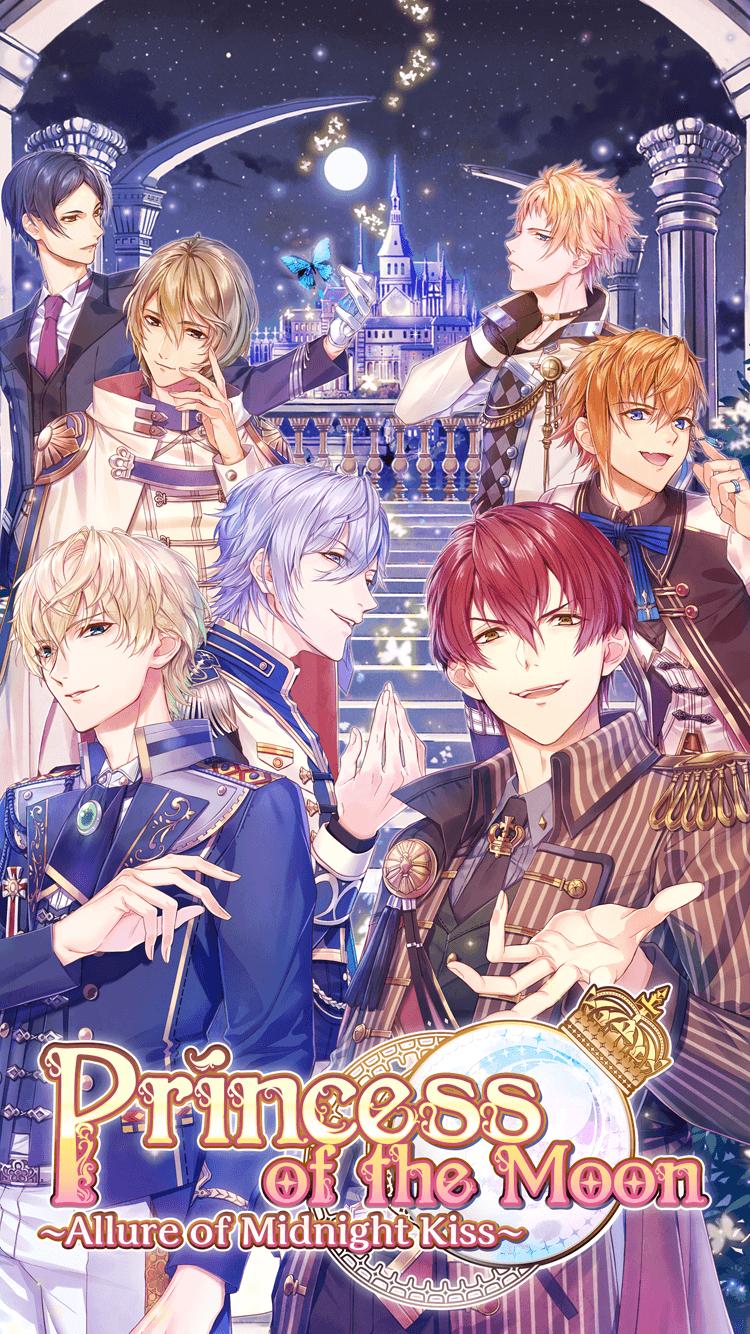 YOU GO AND RUN TO THE INTERNET TO DOWNLOAD THIS AWESOME GAME, KEEP IN MIND THAT THIS IS A HENTAI GAME. Yes, you read that right, it's an otome hentai game. In simple words, an R18 video game focused on female audiences/players. BUT do not be discouraged! Whenever a you-know-what scene pops up, simply pressing the CTRL button skips that scene and brings you to the next, safe one ^_^ (what? You think I actually played through this while looking at them you-know-what scenes? Shame on you O_o). I got through this game in one piece by doing just that.
So now, I talk about the 'Love/Hate' route.. If you catch the game's drift.. the Love/Hate route is where the guy loves you.. and at times hates you and does some nasty things to you -coughrapecough-. I've only managed to get Kyle's Love/Hate route end, and I tell you, it wasn't pretty >____>;;
At times this game makes me scream .__.; Especially with WTF WAS THAT SUPPOSED TO BE?! scenes. What I like about SugarBeans (the company who made this) however, is that they know what goes on in women's heads. Be a Demon Princess? Hell yeah. Their other game, So Teasing, My Master (Ijiwaru My Master), lets you choose being the servant (O_o;;) of three guys. I chose to be the servant of the incubus.. Oh hell what did I just put myself into >.>;;??
EDIT1: .. So, I was viewing the game's Gallery/Album, and uh.. WTF is this, the se--- sorry, 'you-know-what' scenes are reviewable.. Who the hell would want to review those??? Oh, right, THEM. .__.;
EDIT:
Leni's Pure Love Route:
Leni's PL route is very.. Pure Love xD. Once you've reached the requirements, he goes and offers to protect you forever. Etc etc. Anyway, he then offers to sleep in the same room as you, and you know what happens there, etc. Leni is waaaay gentle during you-know-what (although the -cough-soundeffects-cough really say otherwise). He asks if you're hurt every ten seconds.. although if you say you are hurt, all he does is continue and say 'please, bear it, just a little longer.' O_o.. Yeah, that. At first, he's really a forceful guy, saying 'So the rumor's true that the young princess from the castle has never had any experience with guys,' after he gives you your forced first kiss. Once you've become closer however, he's so kind and gentle, and has a knack for sweet things:
Sena Amamiya's Pure Love Route:
So.. I've proceeded to finishing Sena's Pure Love route.. and may I ask, WTF is so 'pure' about this route?? I only get to know a little later, but Sena's actually an 'angel'. He however, claims that he'd readily betray the angels as long as he can protect you and be with you. So, he gets assigned to be your bodyguard (i.e. You sleep in the same room as him O_o). And after you have you-know-what with him that night, the next day, he tells you the secret of the angels. Once you've done you-know-what with an angel, you become bound to him and him alone. Leaving his side brings you internal physical pain, and you can't do so.. or you'll die O_o.. WTF.. Not that I mind but.. how the heck is this his 'pure' love route O_o?? And because he did that to you, you can never return to the Demon world, for you have been -tainted- by an angel. OKAY, WHAT?? And when you ask him why he did that, he says 'Cause I love you, and I wanted to make you mine,' with a big smiley plastered on his face O_o.. And why are his approaches always so teasing? He goes 'Boku wa zu~t~to soba ni iru kara..' (I'll be by your side for~e~ver..).. This game is giving me the creeps now.. I so do NOT want to know what Zero's ending will be, since he's the eldest among the guys.
edit2: .. Oookay.. Sena's a jerk in the game later. He acts like you're his.. um, what's the word.. oh, 'possession.' He treats Kyle like some animal (I'm not saying he isn't, but he has a demi-human form, so..), and he makes out with you in public in order to intimidate the others. Yeah, jerk.. a lovable jerk xD
Zero's Pure Love Route:
This.. is definitely Pure Love. I didn't expect this kind of route from him at all, 'cause he's older and more mature (and more.. nevermind >.>). He's always gentle, but a tad bit too overprotective once you become together and stuff.. Zero's my new favorite, yeah xD

This is OH SO LOVABLE ^___^/ Kyle is just the sweetest thing ever~ He acts like a dunce at times, and is quite gullible. I don't know why but it fits his character design very, very well. He's so adorable ^_^/